On 11th August 2013, one teenager aged 17 years and 196 days, etched himself in the history books, Zakaria Bakalli. This PSV Eindhoven winger, on this momentous day, became the youngest player ever to score a hattrick in the history of Eredivisie, breaking the previous record held by former PSV Winger, Arjen Robben.

Such was his awe-inspiring hattrick vs NEC Nijmegen that there’s hardly any football fanatic around the world who hasn’t heard of his name.

Bakkali is a Belgian of Moroccan descent and he still owns a Moroccan passport which makes him eligible to play for either- Belgium or Morocco. Born and brought up in Liege, he joined the R.F.C. de Liege at the age of 7 before moving to one of Belgium’s major clubs, Standard de Liege when he was 9 years old. Seeing his progress at Standard de Liege, Eredivisie giants, PSV Eindhoven signed this promising 12 year old. It didn’t take long for Bakkali to show his true potential as he was voted the Best player in the Nike Cup 2011 at the age of 15. Manchester City were highly impressed with his performance in the Nike Cup and had almost signed him only for Bakkali to reject the offer. Bakkali has represented Belgium national team at every youth level, scoring prolifically. His performance against Zulte Waregem earned him a call up from the Belgium national team to face France, only to be withdrawn later due to an injury.

Zakaria Bakkali featured in our list of 100 Best Young Players to Watch-out for in 2014. He was at #19 in our list of midfielders. See the entire list here.

Bakkali is primarily a winger but can double up as a striker as and when required. Equally comfortable with both the feet, he has a really sweet right foot. He was usually deployed on the left wing for the PSV youths, which allowed him to cut inside and shoot with his aforementioned sweet right boot but for the PSV first team, he usually starts at right wing with another high rated winger, Memphis Depay, on the left.

This 17 year old winger, has glimpses of Eden Hazard in him. Standing at 5’5”, he covers the ground very quickly thanks to his short stature and blistering pace. He is gifted with great body balance and excellent acceleration, which allows him to take on any fullbacks easily. His dribbling abilities are already top notch, almost flawless. His style of play induces the defenders to take out a lazy foot and help him win a foul.  His change of pace and extremely skillful nature makes it very difficult for the defenders to catch hold of him. He is also a decent set piece taking option especially for corner routines.

Like all the modern wingers, Bakkali loves to cut inside and have a go from long range. His lethal shooting technique and finishing make him a complete goal scoring package. He has scored 3 goals in Eredivsie this season from only 5 attempted shots. The Belgian youth international, never hurries into attempting a pass. Always looks around for the options before making a pass. His wise head and clear thought process plays a big part in his passing, an attribute for which he has credited, Mark Van Bommel for helping him. He has a good variety of passes in his arsenal for a 17 year old, also averaging an impressive 91% passing accuracy in Eredivisie this season. Quick one touch passing has become a hallmark of Cocu’s young side and Bakkali is perfect for such brand of football. Zakaria, always looks to be involved, always willing to make quick one-twos with his teammates as shown in the image on the right.

Here, having received the ball from Adam Maher, the defenders try to close Bakkali (circled) down but he quickly passes it on to the overlapping right-back, Arias. What’s beautiful to see is the ease with which he can thread a defence splitting through ball. An example of it is shown by the following image. Bakkali (circled), notices the run made by his team mate and passes it on shown by the blue arrow. It only indicates the exemplary vision that he possesses to complete such passes at the age of 16. Zakaria is positive and comfortable on the ball and is rarely seen in clumsy position. He isn’t fussed about having defenders hanging around his shoulders, he simply outpaces most of them. The PSV winger is always on the move, you can see him throughout, moving around, looking out for vacuums spaces on the pitch, calling out for balls from the deep.  Along with bamboozling defenders with his slick tricks and sheer pace, his awareness helps him in entering potential goal scoring areas like shown in the image.

Bakkali (circled), makes a perfect run, allowing him to move into a possible goal scoring position. Its very common phenomena of his playing style.

Although he has a short height, its difficult to tackle him because of his sudden burst of speed and tricky play. Bakkali is that sort of player that you will enjoy watching day in day out, he is an absolute delight to watch. Still raw, but its quite visible how much talent he has whenever one sees him on the pitch. The 3rd goal he scored vs NEC was a pure piece of magic. Skipping past right back, Bovemberg, sudden change of pace to leave centre back Breuer for dead before beautifully curling the ball into top corner from inside the box. Bakkali’s first touch is clean and can effortlessly control the ball most of the times. He is also fairly creative, executing a key pass every 37 mins.

Defensively, Bakkali doesn’t offer as much protection as one would have liked. His work-rate is fairly decent. In order to counter lack of workrate from Bakkali, it won’t be surprising to see Park Ji-Sung start at the right midfield as he offers incredible work ethics even at the age of 32. One of his drawbacks is that he over-complicates simple things, he tends to over do stuff which isn’t required. He, himself has admitted that he still has to learn to keep things simple. Bakkali, like most of the young wingers, gets dispossessed often. Also, he tends to take one touch too many at times, often resulting in loss of possession. Concentration can also be a problem when things aren’t going his way.

Though, most of these drawbacks can be blamed to the lack of experience and he is only going to learn and improve with more games at higher level and with proper guidance.

Belgium are witnessing their golden generation and they will be hoping this teenage sensation selects them over Morocco.

Host of elite clubs have shown interest in signing Bakkali since his goal scoring exploits vs NEC, though there are rumours of him being offered an extension when he turns 18, i.e in January. World renowned Scout and a close ally of Roman Abrahmovich, Piet de Visser  has recently admitted that he has this PSV Eindhoven winger on his scouting list. All in all, Bakkali is likely to be at an elite club in few years time and PSV are bound to be offered a hefty price for him. 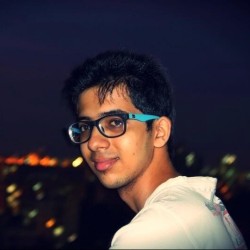 Latest posts by Sid (see all)
In this article:Eredivisie, holland, Zakaria Bakkali