The Super Eagles of Nigeria booked their spot in Group G of the FIFA World Cup after what was in hindsight an easy qualifying campaign. Stephen Keshi’s side are now getting ready to face Argentina, Bosnia-Herzegovina, and Iran for the honour of being in the World Cup’s round of 16. A feat that will definitely be a brilliant achievement from the African Champions. A lot has changed since Nigeria’s (led by Lars Lagerback) last appearance at the World Cup in 2010 that was summed up by Yakubu Aiyegbeni missing one of the easiest tap ins you will ever see. In fact 2010 was so forgettable for Nigerian football that the President banned the national team from any official matches. The said ban was only overturned when FIFA handed the Nigerian National team a ban of their own for government interruption. After a confusing period of switching manager after manager. The Eagles finally found the right man in Stephen Keshi. And since his appointment, Nigeria has not looked back. They won the 2013 African Cup of Nations and put out a good account of themselves and the continent in the Confederations Cup in a group that contained Uruguay and Spain. The Nigerian team is certainly capable of being a surprise package at the World Cup.

Stephen Keshi’s preferred formation since taking over has been the 4-3-3. Even though he at times experimented with a 4-2-3-1/4-4-2. If all players are fit and available, his starting XI is normally constant. Enyeama is a certainty in the post, with Kenneth Omeruo and Godfrey Oboabona being the centre backs. Efe Ambrose and Juwon Oshaniwa should be the starters at right and left back respectively, with a midfield trio of John Obi Mikel, Ogenyi Onazi and Ramon Azeez. Upfront, Ahmed Musa and Victor Moses are on the flanks and Emmanuel Emenike is the preferred striker. Although the inclusion of Peter Osaze Odemwingie and Shola Ameobi in the provisional squad means serious competition for the front 3 players. Stephen Keshi, since he took charge of the Nigerian team has favoured a more reactive style of play. The Nigerians have become very adept at holding off pressure from opponents, waiting for them to lose the ball, and then they counter with lightning speed. They are not the kind of team that camps players in front of their box looking to soak up press or “park the bus”, they look to press the opponents from the midfield, as such are closer to goal most of the time they win the ball. Even in the games versus Spain in the Confederations Cup where you would expect them to sit very deep, they actually came out and pressed the Spanish in midfield, and for a while Nigeria actually dominated the World Champions. When the ball is won in the centre, it is immediately passed to their quick wingers who use their pace and trickery to fashion out chances for the team. The fact that Nigeria’s fullbacks are not very adventurous in attack and the presence of three defensively solid central midfielders means that the defence is well protected. So most of the time Nigeria’s centre backs are more concerned with defending the box and are rarely forced out of position into the wider areas or high up the field.

The team has problems defending down its flanks especially in situations when they have lost the ball and the wingers are high up. This is caused by the fact that Nigeria’s wingers, although they try, are not very adept at tracking back and helping their fullbacks. In a situation where Nigeria were on the attack and lost the ball, the fullbacks would be isolated because they don’t go high up the pitch, and there is no way the wingers can track back in time to prevent attacks. This problem is more evident when Nigeria play against a team with an offensive fullback, as this leaves the Nigerian full back in a lot of 2v1 situations. An attempt from the midfielders to cover could leave the centre exposed, and the same goes for the centre backs as they are not comfortable defending the wide positions if their fullback is exposed. A good example of this is the goal that Spain scored via Jordi Alba to break the deadlock in the Confederations cup.

Another problem of the team is building up play via passing moves. Nigeria’s team is designed to hurt teams with quick transitions and find it hard to fashion chances against teams that are deep and compact. This is mostly because they have wingers that are better with space in front of them or behind the opposition defence to run into. The fullbacks in the team are not the offensive types so do not provide width during attacks. Another reason is that Nigeria don’t have the type of creative midfielders adept at breaking down deep defences. Mikel’s passing is at its most dangerous during counters. These factors altogether make it hard for Nigeria to break down deep, compact defences.

Another factor that could deter this Nigerian team is their finishing. The Nigerians are often guilty of squandering an alarming amount of chances in big games. In previous tournaments, Emmanuel Emenike has been their only efficient finisher, with wingers like Musa and Moses being good at fashioning out chances but disappointing with the finish. The presence of more EPL standard strikers like Odemwingie and Ameobi could solve this problem though.

Vincent Enyeama | The keeper has had a wonderful season at Lille and how far Nigeria goes will depend on his form.

Jon Obi Mikel | The Chelsea midfielder at club level is mostly known for his ability to provide a solid and stable screen to shield the Chelsea defence. He provides stability and anchors the midfield and also helps Chelsea slow down games with his passing and ability to hold the ball. He does the same for his country, but with far more freedom to be creative. Once Nigeria win the ball back, Mikel is their main distributor, quickly locating the outlets or sometimes splitting defences directly with through or long passes on the counter. He is Nigeria’s main playmaker and midfield anchor.

Victor Moses and Ahmed Musa | They are Nigeria’s main outlets on the counter attack. If found on the run, they will look to run at defenders and beat them with a combination of pace and trickery to create chances or score them. They are also Nigeria’s main source of width as the fullbacks are not very offensive.

Ogenyi Onazi and Ramon Azeez | The two central midfielders in front of Mikel are the ones tasked with the important duty of pressing the ball in midfield and forcing turn overs. Both players have brilliant work-rates, are strong and dynamic, and when they do win the ball, they go for the short pass to a close team mate (mostly Mikel). Both players also make forward runs on or off the ball from deep to help the attack.

Emmanuel Emenike | The striker was a key player for the team that won the African Cup of Nations. Although the inclusion of Shola Ameobi and Osaze Odemwingie casts doubts over his role in the team, he will probably still be the starter at Brazil. A striker that possesses a dangerous mixture of pace, technical ability and strength could be a nightmare for opposition defences. Emenike holds up play well, drops deep to play with the midfield allowing the wingers space in the channels to work with. All this while having a thunderous shot in him. His form in front of goal could be key for the Eagles as his absence was clearly felt in the Confederations Cup.

Kenneth Omeruo (21) | The 21 year old Chelsea defender has been a regular starter for the Super Eagles since their successful Nations Cup campaign. A physically imposing player for his age, he is strong, fast a very good tackler and interceptor. If he can brush up the technical side of his game and add a bit of maturity, the sky is the limit.

Ramon Azeez (21) | The 21 year old central midfielder had a good season with Almeria, during which he showed the potential that won him plaudits at the 2009 Under-17 World Cup. A capable defensive or central midfield player, he offers decent playmaking ability among other players that are more physical. But he also doesn’t shy away from a physical confrontation. He is certainly a player to watch.

Ogenyi Onazi (21) | The Lazio midfielder has proven himself to be Nigeria’s most frequent ball winner. Combining his wonderful dynamism and work-rate with decent tackling and marking abilities. He has become a main stay in the Nigerian team.

Ahmed Musa (21) | Pace, trickery and dribbling skills; those are the attributed to best describe CSKA’s Ahmed Musa. The winger is well capable of providing moments of sheer brilliance on his own.

There is a lot of hope going into Nigeria’s World Cup campaign. They have already showed that they are capable of going toe to toe with the best in the World at the Confederations Cup. Bar any spectacular capitulation, and as long as they can brush up on the finishing, they are in with a shout to make it out of the group. The fact that they struggle against deep teams may not be a factor as I fully expect that most teams would come at them and try to attack, which will play into their hands. 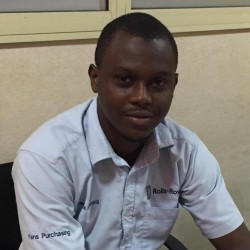