Borussia Dortmund vs Bayern Munich | In what is generally considered a preseason trophy in Germany, rivals Borussia Dortmund and FC Bayern will be going at it once again, without the word ‘friendly’ in mind. Mark Chadwick takes a look at some key questions regarding the Ruhr side ahead of the game.

Who will step up as Klopp’s first choice striker?

Since the departure of arguably the world’s best true number 9, Borussia Dortmund have brought in two men to help supplement the attack in his place. Adrián Ramos and Ciro Immobile are both quality strikers and it’s difficult to tell at this point who’s going to be Jürgen Klopp’s first choice striker going into the season. Ramos got the start against Liverpool but was subbed out for Immobile at the beginning of the second half. Ramos looked the most dangerous out of the two, being one of the few bright spots on the Dortmund team that day, if there were truly any. Also, Ramos has quite a bit of Bundesliga experience and has proven that he can score goals in the league, which could put him ahead of Immobile in Klopp’s mind. Immobile, however, was the big money signing and has scored 4 goals in the preseason, forming an effective partnership with Pierre-Emerick Aubameyang during that time. He came on at halftime for Dortmund against Liverpool, but failed to impress, as Dortmund never got anything going in the second half, while showing a few signs of life with Ramos in the first. Ramos scored only two preseason goals, but he did miss more games due to an extended holiday. Both strikers have been playing together with Aubameyang as a supporting striker/winger, but it remains to be seen how the manager will approach the Supercup. With Klopp speaking out saying that the Supercup is a huge game, I don’t expect to see any experiments up top, meaning whoever Klopp starts, is who’s most likely to be the first choice starter going into the season.

Will Miloš Jojić step up with Sahin and Gündogan’s extended absences?

With Nuri Sahin currently sidelined with knee ligament problems and Gündogan recovering from a mysterious back injury, Dortmund will need someone to step up and perform in the deep lying playmaker role. Miloš Jojić is expected to be that man. He enjoyed a superb rückrunde last season after transferring to Dortmund in January, but expectations are a bit higher now for the Serbian. He played in a more advanced position against Liverpool with Oliver Kirch playing the 8 position. While some might suggest that the 31 year old Oliver Kirch is magic, he’s realistically not good enough to be relied on in that Dortmund midfield. Jojić played the #8 position in Serbia for Partizan Belgrade, so he’s experienced there and it’s typically regarded as his best position.

Jojić played the deep lying attacking position towards the end of last year when BVB’s two defensive midfielders, Kehl and Bender, were both injured. He and Nuri Sahin both enjoyed success playing the 8 and the 6, respectively, but ultimately failed in the DFB Pokal-finale against Bayern. Jojić was also successful making appearances on the wing and at the #10 for Dortmund, but his natural position is the #8. Many BVB fans have tipped him to be the breakout player of the year for die Schwarzgelb, with good reason. Miloš showed last season that he’s capable of producing and scoring goals from that position last year, and he’ll be expected to do it again against Bayern on Wednesday.

Can Dortmund turn the tables on Bayern?

In the previous two seasons, the Bundesliga has been dominated by Bayern. Dortmund have been left in the shadow and have been shown who’s boss. To make things even worse, Bayern have signed two of Dortmund’s biggest stars, Mario Götze and Robert Lewandowski. But could things change starting with this game? In the four most recent big matches against FC Bayern, Dortmund have failed all four times. In the 2012/2013 season, Bayern dominated Dortmund and eliminated them in the DFB Pokal quarterfinals, by beating them 1-0 at the Allianz Arena. The Champions League final, the next big game vs Bayern, left Dortmund’s hearts broken in the 89th minute on a goal that could have easily been prevented. Next, Bayern humiliated Dortmund in their own stadium by a score of 3-0, which saw Götze net the breakthrough goal. Finally, Bayern (unfairly) toppled Dortmund in the 2013/2014 DFB Pokalfinale 2-0, in a game that Dortmund should’ve won in regular time.

Dortmund have got to turn the tables against Bayern and start winning the big games against them. Despite winning last year’s Supercup, Bayern have still proven to dominate us in the big games, but Dortmund can start to change that on Wednesday. With a partially weakened Bayern side (no Ribéry, Rafinha, Kroos and Thiago) and minimal preseason training for their World Cup stars, Dortmund have their shot to upset Bayern and get the ball rolling in their direction once again, before the real season even starts.

Give a read to all the articles in our Dortmund blog, Echte Liebe. 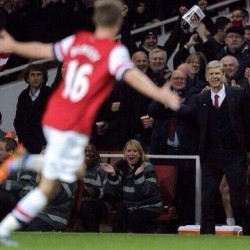 Mark ChadwickAugust 13, 2014
Previous Next
Close
Test Caption
Test Description goes like this
We use cookies to ensure that we give you the best experience on our website. If you continue to use this site we will assume that you are happy with it.Ok