Jim Boardman answers our questions on Liverpool. He’s a Liverpool expert whose work can be found at The Anfield Wrap, Daily Mirror and Anfield Road.

Brendan Rodgers has developed a reputation for being a tactician, but his inexperience at the top level is a bit worrying. Could you see this being an issue or will his ‘daring approach’ as a manager actually work in the Champions League?

You’ve got to start somewhere and then learn from your mistakes. Rodgers will have had a great deal of quality advice down the years and that, mixed with his experience with Liverpool over the last couple of seasons, will give him the foundations he needs for what is undoubtedly the biggest season of his managerial career so far. Without Suarez it’s difficult to imagine him being able to be quite so daring this season, which might be why so much time and money is being invested at the back.

On paper, Liverpool have a good set of central defenders but with 50 goals conceded last season in the league, the back line has been an issue. What does Brendan Rodgers need to do to ensure a more solid defensive display?

The defensive issues were probably down to a number of problems rather than purely the quality of the personnel. Losing the vocal presence of natural leaders like Reina and Carragher shouldn’t be understated and that back four wasn’t as well protected by its midfield as some of Liverpool’s less leaky defences have been. That said, how many of those 50 goals actually cost Liverpool points?

Liverpool played for goals and that left them vulnerable at the back, but that’s fine if you’re getting those goals you’re playing for.  Why did Liverpool spend £18m on Sakho, a man described as a ‘marquee signing’ by the current CEO, then rarely use him in a back four that was never settled at any point in the season? We need a leader at the back – hopefully Lovren can be that – and try to keep a relatively settled back four, where the heavy schedule allows. It was widely accepted that a defensive midfielder was needed at the club. Though Emre Can has been impressive in pre-season, he’s more of a box-to-box player than one who’d sit and provide cover to the defence. Do you see a defensive issue in midfield?

Do Liverpool even have a true defensive midfielder? Lucas isn’t the player he was before his injuries – a move to Italy would be ideal for him – and Joe Allen and Emre Can aren’t exactly reincarnations of the much missed Javier Mascherano. Steven Gerrard has been an inspirational figure at Anfield since he burst into the side in his teens, but questions have to be asked about whether he’s the right man to play that defensive role in front of that back four. He certainly won’t be able to do it game in game out for a full season if the Reds make further progress in Europe. His natural instinct is to be an attacking player and in a side that’s looking first and foremost for goals that’s ideal, but without Suarez those goals might not come quite so easily and that could leave Liverpool with problems.

In the midst of Suarez’ departure, people tend to forget that Daniel Sturridge has one of the best goal-scoring rates in the Premier League, all-time. Do you trust Sturridge as the main goal-scorer over a potentially 50+ game season?

In short, no. Liverpool will need goals from all over the pitch this season, especially midfield. Sterling and Coutinho need their names on the scoresheet far more than last term and without Suarez for opposition defenders to worry about Sturridge will find himself more of the focus than he’s been used to. Injuries might also be a slight problem for Sturridge, but he should still chip in with plenty important goals. Liverpool still need another striker.

Some supporters believe another title challenge is on the cards but with Champions League football, it won’t be as simple. What are Liverpool competing for this season?

This is probably the last season Rodgers can afford to end empty handed, and only then if it ends after a title challenge and an extended run in the Champions League. Liverpool need to consolidate their place in the top three and reach the last 16 of the Champions league, as a minimum, this season. It’s also time to have some impact in the domestic competitions. No excuses.

We track the progress & performances of youngsters with our Talent Radar feature. The likes of Raheem Sterling & Emre Can will have a more prominent role to play, but do you see a place for Javier Manquillo & Jordan Ibe in the first-team?

Manquillo might come into the side as the season goes on but it’s difficult to see him being thrusted into the starting line-up from the off. Ibe is definitely close to being a regular part of the first team setup but needs to be patient as it might take a couple of injuries or dips in form from other players before he gets his chance. When he gets that chance he has to take it – like Sterling did last season.

A lot of the transfer window has been spent speaking about Suarez, but the club have learnt from their mistakes and made good early moves. Ignoring transfer fees, how do you think the club have strengthened in this window so far?

It’s fairly obvious that the club knew the Suarez money would be coming in and that enabled them to make those early moves and it looks like Rodgers has been more involved than previously in selecting the targets. The key thing was to add more depth, quality depth, to the squad, not only because of the extra games but also because the squad was down to its bones far too often last season despite so few games. The one issue so far is that although any cliché wielding pundit will tell you it’s impossible to replace Luis Suarez, Liverpool, so far, haven’t even tried.

Club captain Steven Gerrard is 34 and understandably isn’t in the best condition physically. International retirement may have helped but is it time for Liverpool to slowly phase out from dependence on him and can Rodgers make the bold move?

Liverpool absolutely have to start preparing for life without Gerrard but I don’t think Rodgers will find it easy to make the right decisions on which games to leave him out of when the schedule gets heavy. Does he play him in the ‘big’ games where any shortcomings are more likely to be capitalised on or does he use him in the ‘easier’ games where he’ll be under less pressure but might feel he’s being put out to pasture? Rodgers needs whoever comes in for Gerrard in those games to play out of their skin, he also needs Gerrard to be honest with him about how he’s feeling.

Every season is spent talking about transitions, the club achieved a high last season but it’s potentially pointless if it isn’t sustained. Having spent a fair amount and expected to succeed, what does not finishing in the top four mean for Liverpool?

If Liverpool finish outside the top four it will raise huge questions about the direction of the club, from the owners down. We’ve still got a few weeks of transfer window to go but when it closes it’ll be interesting to see how much was spent over and above the Suarez fee, especially with us being reminded continually that the wage bill is on its way down. Liverpool’s income far exceeds what it did the last time it ended a spell outside the Champions League but the club are still playing in a stadium woefully short of seats and, by the looks of it, will continue to do so for a long time to come.

Rodgers has certainly been given more than enough of the resources he needs to keep Liverpool in the top four at a bare minimum but this club should be looking up not down, moving forward not standing still. Has Rodgers been given the funds to do that? We’ll see, but if Liverpool do finish outside the top four it shouldn’t just be Rodgers’ head on the block.

You can read all our interviews and Q&A’s here. Check out all articles of our Liverpool blog, Shankly’s Men 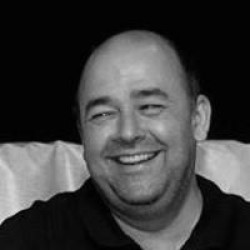