As we move into the new club football season, Outside of the Boot will be publishing regular Tactical Previews of the sides from across Europe’s top seven leagues. This one focuses on Premier League team, Spurs, led by Mauricio Pochettino. Ben Sparshot takes a look at their basic formation, analyses their tactics, key player and their potential key young players of the 2014/15 season.

Writing about a typical Tottenham formation is perhaps the hardest task I have been faced with till date. At first glance, on paper, they are an attacking 4-4-1-1, but such is the fluidity of their movement it is clear that each player on field is expected to cover at least two (if not more) positions during the game (a left-over from AVB’s defaulted ‘master-plan’). In possession, I’ve seen Spurs adopt a confident 3-4-3 (throwing wing players forward) while becoming very defensively minded out of possession, with the central midfielders doubling up in the box. All-in-all, very closely aligned to what the Spurs fans have come to expect with the potential of some exciting free-flowing movement. Pochettino will continue the Tottenham tradition on the field and it will be interesting to see if it comes to fruition this season. The grace and beauty of Spurs’ attacking movement is appreciated by even those beyond the borders of the white and blue part of North London. The main focus of play – and the demand of the crowd, is the pass and move attack. The philosophy is that of a fine balance between diamonds and steel – technical wizards who can create a move, and the enforcers who shut out the opposition. An oversimplification, perhaps, but highlights the two different movements working together in unison on pitch.

This season at White Hart Lane, like, arguably, most in recent years, will be one of transition. Mauricio Pochettino has his work cut out to ensure he can temper the fine line between strengthening the team and upsetting the balance – a hot topic of discussion twelve months ago, and perhaps again now.

The guardian between the sticks, however, is the rock holding his own against the tide of change. Hugo Lloris asserted himself as the ‘no-brainer’ choice for the first team last season. He did have a few off-days last term, usually during the same games as the rest of the team, but he will not be shaken at the arrival of Michel Vorm – I could be very wrong, but I suspect Vorm will play a major part in Spurs’ hunt for silverware away from the Premier League.

The Tottenham defence is the part of the team I have always been the most concerned about. Looking back through the years, it is evident the defensive mindedness has taken a back seat to that of the attack – with varying success. This is a perfect set-up if you are scoring 3 or 4 goals a game, but can create nervy games when strikers are struggling to get their shots away. At the time of writing, Michael Dawson is confirmed captain and so would, surely, be assured a place in the back four, partnering (for me, an easy decision) Jan Vertonghen. Jan did not have the best of seasons last year, or nothing to compare with when he first joined the ranks anyway, but settled under new management, I can see him recapturing his previous form.

For the first time in a few years, I’m rather happy with the situation with full backs. The arrival of Ben Davies has provided a bit of competition for Danny Rose, who is someone I have a lot of time for – but too often finds himself out of position; I think the combination of the two will do much to strengthen the side. Kyle Walker is a dead-cert for right back in my eyes too; he’s attacking minded and has a good tackle in him – it is yet to be seen if he will be fit for the season start, but Kyle Naughton has provided adequate cover to date.

Anyone who has watched a Spurs game is aware of the impact of wingers; throughout the years, wing play has been the cornerstone of the Spurs way – a quick cross into the target man from the corner flag has reaped rewards many a time. I could see this being replicated this season, but perhaps utilising the added target of the number 10 to a greater extent.  There are a range of players who are not just merely comfortable playing in a wide role but also – perhaps more importantly – on either wing. Lamela, Lennon, Townsend, Chadli, Eriksen – all of these can become quickly impossible to track as they move up field.

The central midfield is the gateway between defence and attack. In possession, they drop back into defence as the full backs run up the field to claim the wings and close down the ball when chasing. These two men work in combination, an anchor (such as the Sandro Raniere’s of this world) playing just behind someone with freedom to go a bit further forward, someone who should have an eye for goal. Paulinho is my idea of a midfield goal provider; this is yet to come to light but the potential is there, no doubt. With Tom Carroll and Nabil Bentaleb close on his heels, Paulinho will need to show his mettle this year.

If Spurs were to play with one man up-front, it would be tough to choose between Emmanuel Adebayor and Roberto Soldado. (or both could be deployed if required as their styles do not clash).  Adebayor was outstanding for the most part last season, top club goalscorer, as well as the architect of many other goals and moves. I’m equally excited at the prospect of an improved Soldado. Roberto is the consummate target man and with the supply given from an improved Erik Lamela we could see the start of something special.

I’ve skirted around the number ten role, and already highlighted how key this position is. If I go one step further I could go as far to say, Spurs’ success will be dependent on the continuing good form of the young Dane, Christian Eriksen. Be it in the tackle, the dribble or the final key pass, Eriksen is the man you want on the ball. The teams which stopped Spurs last season were the ones who cut this man out of the game.

Beyond being the creator, in 36 appearances last season he scored 10 goals himself (including both home and away goals in the Premier League against West Bromwich Albion). At the tender age of 22, Eriksen is three months younger than his counterpart Tom Carroll. Both are talented young men, but the experience Eriksen has gained in the Champions League and training with Ajax clearly shows.

Being a Spurs player, he is versatile; Sherwood divided Tottenham fans last season by having Eriksen firmly planted on the left wing. He was an effective force there, no doubt – but I believe wasted especially considering the damage he can cause opponents when given the freedom of movement.

He is the one man on the pitch you can see has the ultimate freedom of movement; he is positionally aware and can predict and pre-empt the next attack. This is bad news for Lewis Holtby, who I must profess have a soft spot for, and who clearly has a love for the club. However his unrivalled enthusiasm has not yet translated to poise on the pitch, often instead being overzealous. Eriksen’s performances will have to fuel higher levels of performances amongst his team mates raising the bar in Tottenham’s quest for Champions League qualification.

Eric Dier: Welcome Eric. This young Englishman made his mark in the Primeira Liga for Sporting Lisbon before his £4 million transfer to Spurs. From what I have seen he could be a massive coup for the White Hart Lane faithful. Even with the future of many of the central defenders in doubt at the Lane, I think it would be perilous to suppose that Dier is to command a place in the first team straight away. During his début, the pre-season friendly against Schalke, he looked incredibly strong. Like many of the more youthful members of the side, he would be first on my team sheet of a Thursday night’s European action.

Nabil Bentaleb: What a season last time around was for Nabil Bentaleb!  He rose to prominence upon Tim Sherwood’s appointment as Tottenham’s Head Coach last season; making his début against Southampton, and being named in the starting line-up against Arsenal in the F.A. Cup. This defensively minded midfielder went on to make eighteen appearances in a Spurs shirt during the last term (thirteen of those in the Premier League). Whether he will make the cut in the new regime remains to be seen as he was seen as very much Sherwood’s boy last season. A good back-up for the midfield – Bentaleb’s progress will be something Spurs fans will want to keep close track of during the course of the season.

Harry Kane: In and around the first team squad for the last couple of seasons, this could be Harry Kane’s season to shine. The young striker made nineteen appearances last season scoring four goals. He particularly benefited when Soldado fell out of favour from January; with Pochettino not having added to the Spurs strike force, it is a good sign that Kane could well be in contention for a first team place.  Again, a definite for cup action – and with a few good performances there (and some more from the bench) Kane is definitely one to keep an eye on.

You can read all our 2014/15 Tactical Previews. Check out all articles under our Rest of the World blog. 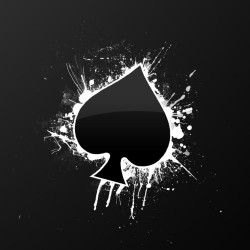