Have Atletico’s new personnel had enough time to settle in?

There have been several key personnel changes at the Estadio Vicente Calderon. The side’s star forward, ever-present goalkeeper and one of the world’s the world’s finest left-backs have left the club following the Los Rojiblancos’ impressive 13/14 season, claiming the Liga BBVA and being minutes away from clinching the club’s first Champions League title. For a side progressing from strength to strength in recent years, one could suggest that this summer’s outgoing transfer dealings have thrown a spanner in among the moving parts at the club.

Simeone’s job this summer was to not only replace the numbers within his squad, but to add players of adequate quality to continue the progression from last season. While there have been similar setbacks in the past in the departures of Agüero, De Gea and Falcao, to date the manager has successfully replaced them all. The current period of success that los Colchoneros are experiencing through the annual loss of key players is testament to the Argentine coach’s ability to sound out talent who are a successful fit in his system. Due to a multitude of differences in individual ability, playing culture, and coaching, finding a like-for-like replacement for any departing player is nigh on impossible. I would not be surprised if the new players are deployed in “like-for-like” similar roles to their predecessors. The team looked sharp in their pre-season outing against Wolfsburg, with Mandzukic scoring after winning a penalty and Griezmann laying on a tap in for Hector after a telling diagonal run. While this provides reason to be optimistic, adding eight potential first-team players to a roster in a single season has the potential to unbalance the squad. With a team-centric focus such as Simeone’s, this could be a crucial factor in the Supercopa.

Will James and Kroos improve BBC?

Our local rivals never shy away from a splurge, and to nobody’s surprise its happened again. They have signed two very different kinds of players who both shone at the World Cup, and head coach Carlo Ancelotti revealed earlier that they will play some part in the Supercopa ties. All eyes were on Real as they broke the bank to sign Colombia’s number 10 James Rodriguez, winner of the Golden Boot for top scorer. Having watched him play in Brazil as well as the odd game for Monaco last season, Los Blancos have signed a livewire of a player. Technically blessed, intelligent and highly aware of his team-mates’ positioning, his arrival could be something that we should worry about. With Ancelotti preferring his side play a 4-3-3 with Modric and Di Maria occupying the CM berths and Alonso holding, this transfer could signal a switch back to the 4-2-3-1 of the start of last season, with James occupying the role behind the striker.

Taking nothing away from James, I do not believe that he was the most important transfer that Real Madrid made this season. In World Cup-winner Toni Kroos, Ancelotti has improved a midfield that already had a wealth of options in Alonso, Modric, Khedira, Illarramendi and the converted Angel Di Maria. Being able to play as both an advanced and deep-lying playmaker, his passing range and ability to control the game raises question marks about both Xabi Alonso’s role in the current side, and the future integration of Asier Illarramendi. In being placed alongside a runner like Modric or compatriot Sami Khedira, Kroos will be able to carve out chances for BBC to do the damage, and El Atleti need to be wary of this. His natural positioning in areas more advanced than Alonso can enable the side to retain possession further up the field, an attribute that can seem invaluable in all pressure matches, as this one will surely be even though it is a curtain-opener for the new Liga BBVA season.

Our opponents have added 2 deadly players who we will need to look out for, while retaining the key components of last season’s Champions’ League-winning side. Atletico will need to be at their frantic best to deny the opposition space and limit their influence on the game.

Could match fitness (or lack of it) in both sides tilt the game towards Atletico Madrid?

Though the players on show are among the very best in the world, I’m not expecting a classic match. In this instance I would love to be proven wrong, but as it’s only the start of the season, there could be teething problems from both sides as they attempt to get back into the their respective grooves. In both the German and English renditions of the Supercopa, the results defied expectation, with Arsenal registering a comfortable 3-0 win over Manchester City and Dortmund beating Pep Guardiola’s domestic juggernauts FC Bayern. The issue that I think will decide the match is match fitness. With the myriad of 1-vs-1 battles happening across the field, the team that can exert their influence on the game will be the side whose key players are best prepared for an intense 180 minutes over two fixtures, and maybe even extra time.

Of the Atleti players who went to the World Cup, the three who played in the knockout stages were Diego Godin, Cristian Rodriguez and Toby Alderweireld, with only the first of these a guaranteed starter. Real Madrid’s World Cup contingent fared a little better, with Marcelo, Di Maria, Khedira, Varane and Benzema representing their sides in the tournament’s latter stages, in addition to newcomers Kroos, Rodriguez and Keylor Navas. Atleti’s intense style of closing down is very demanding, and it will be interesting to see if the players have recovered a sufficient level of fitness to play their own game against a, frankly, terrifying Madrid lineup. 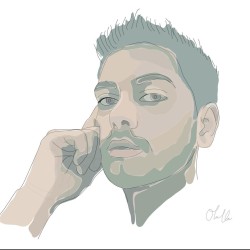 Marvyn PaulAugust 19, 2014
Previous Next
Close
Test Caption
Test Description goes like this
We use cookies to ensure that we give you the best experience on our website. If you continue to use this site we will assume that you are happy with it.Ok