Graham Ruthven answered our questions on Barcelona in the latest Q&A as the Spanish season kicks-off. Graham is a freelance writer at ESPN, FourFourTwo, New York Times (among others). Follow him on Twitter @grahamruthven; you can read all his work on his blog.

While sentimentally appointing Luis Enrique seems a good fit, his managerial record isn’t the most impressive, AS Roma for example. Given some are considering last season a disaster, is this a risk?

Yes, it certainly is a risk. But risk-taking when it comes to the recruitment of new managers is almost written into the code of modern-day FC Barcelona. Look at their last three hires: Pep Guardiola, Tito Vilanova and Tata Martino. All three were arguably even more risky than the appointment of Enrique. After employing someone from ‘outside’ the club in Martino, Barca have now at least returned to a man educated in the way of the club; someone who knows what to expect.

Defensive issues of Barca have been well documented, Puyol’s retirement only adds to it. While Jeremy Mathieu and Thomas Vermealen are capable footballers, they don’t really inspire confidence, do they?

No, they don’t. But Barcelona’s policy when it comes to signing defenders perhaps goes by a different criteria than at other elite European clubs. They look for players who can bring the ball out of defence, players who can play with their feet. In that sense both Mathieu and Vermelen should fit in quite well. However, Barca would have been much better served going for someone like Mats Hummels. It all feels a little temporary. The role of the midfield is always evolving, with Barcelona looking to move the ball quicker and in a more penetrating manner. What sort of changes are we looking at in this area?

I don’t think we’ll see the death of ‘tiki-taka,’ but rather the evolution of the philosophy. Too often over the past couple of years Barcelona have been too lethargic around the edge of the opposition box. That’s where they used to play their best football. That’s where they were nearly impossible to stop. Look at the goals they scored against Manchester United in the 2011 Champions League final. All three showed just how incisive Barca used to be in that area. And that’s what the signing of Ivan Rakitic should help them restore, with Luis Suarez giving them yet another attacking outlet.

On paper, it’s mouthwatering isn’t it. Messi, Neymar, Suarez. But practically, can it function?

Well, the saying goes that good players can play together. Of course, that’s not always true, as we saw to a certain extent at Barcelona last season. For the good of Barcelona, Enrique must take some of the emphasis off Messi. He has three exceptional strikers and he must play to each of their strengths. That might mean playing Messi in a slightly wider position, the like of which he started his career in. But that might be the only way to get Neymar, Messi and Suarez firing on all cylinders.

We track the progress and performances of youngsters with our Talent Radar feature. Rafinha Alcantara is the focus here; he had an impressive season with Celta Vigo, does he have a prominent role this time round?

I’d like to say that he will have a prominent role this season, but the truth is that he will be a fringe figure in the squad. He has indeed enjoyed an excellent pre-season, and he will be important in providing the kind of depth Barca have lacked in recent years. That will be where his biggest impact will be found.

Star-studded names have joined both El Clasico sides while Atletico Madrid have made some smart additions as well. Based on the areas that were needed to be improved, whose had the best window?

All three have had excellent transfer windows but it is Atletico who have been most impressive in the market. Having lost many of the key players that carried them to a historic season last term, it was perhaps expected that Diego Simeone’s would fold ahead of their title defence. But the signings of Antoine Griezmann and Mario Mandzukic should keep them challenging at the top of La Liga, with the retention of Koke one of the best bits of business in Spain this summer. And if Simeone can add Marco Reus to his squad, as has been rumoured, it will be the best signing anywhere in Europe.

Barcelona were shown up by Atletico in the Champions League last year, and a lot of teams exposed their weaknesses. What then is need to revitalise them in Europe?

Enrique needs to quicken Barcelona’s play in the transitions. Look at the teams that have won the Champions League in the last two seasons: Bayern Munich and Real Madrid. Both teams are rapid on the counter attack and move the ball at speed in the final third. While Barca shouldn’t abandon their identity as a club, they need to adapt, and at the moment in Europe, pace is king.

The Catalan fans will be baying for blood if their side fails to lift some silverware again this season. Or will they be satisfied to see progress on the pitch?

No. Barcelona need some tangible success this season. For all that Barca suffered something of a dip last season they came within a game of winning the league title, so progress would surely take them to the championship. This is a period of transition for the team, but success is expected of a club like Barca.

Although off-late the talk has been of Luis Suarez, and the defensive signings, Ivan Rakitic arguably is the smartest and most economic capture. What are your thoughts on him?

In terms of what Enrique is trying to achieve in his first season at the Camp Nou, Rakitic is a much more important signing than Suarez. Barcelona need to find their groove in the attacking third. At times last season they looked lethargic and short of invention around the box, which is an incredible thing to say about a Barca side. The challenge for Rakitic is to prove that last season wasn’t just a one-off. He has been anointed Barcelona’s new creator-in-chief.

And finally, though Luis Suarez is among the best in the World, would Barcelona have paid so much for him had they not been in this apparent ‘crisis’?

Yes, I think they would have. This has become an arms race between Barcelona and Real Madrid. The competition has pushed up the transfer fees being paid for top talent over the past two seasons and it won’t stop this season either. The biggest impact for Barcelona is that they can no longer boast that they are a different kind of club to Real. They’re both as bad as each other when it comes to the transfer market now.

You can read all our interviews and Q&A’s here. Check out all articles under our “Cules’ Corner” blog. 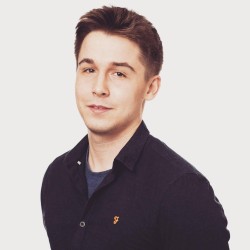 Graham RuthvenAugust 21, 2014
Previous Next
Close
Test Caption
Test Description goes like this
We use cookies to ensure that we give you the best experience on our website. If you continue to use this site we will assume that you are happy with it.Ok