Adam Digby is the expert for this Juventus Q&A. Adam is a contributor to Four Four Two, IBWM, 8by8 magazine and more. Follow him on Twitter @Adz77

It’s no doubt that Antonio Conte was the reason for Juve’s domination in Serie A during his tenure, but the side still seems to be a class above the rest. Can Allegri carry on in similar fashion?

I firmly believe he can, yes. Of course questions will be asked about the impact that the exit of Antonio Conte will have upon the squad, but in my opinion that does a great disservice to the players he leaves behind. There is a united group, one determined to prove they deserve huge credit for the victories earned over the past three seasons and that they can continue to win without the coach.

There is also a fresh determination about Massimiliano Allegri too, eager to prove he was not the sole issue at Milan and that he is a top quality coach himself. It must be remembered that he steered Milan to the league title in 2011 and showed a keen tactical intelligence. The players have praised him too, Claudio Marchisio this week saying that the new coach’s attacking impetus and “improved imagination” can only help them succeed in Europe too.

The strength and stability that Juve’s defence provide are not in question, but in terms of evolving and going forward, are they the appropriate mix?

I think that Fernando Llorente and Carlos Tevez proved beyond all doubt that they are two high-caliber strikers, but I would agree the side is definitely missing something in attack. Alvaro Morata could develop and become that player, but I believe one more forward is needed. Before he went to Arsenal, Alexis Sanchez would have been a good fit, as would Juan Manuel Iturbe who opted for Roma when Conte left. Now, I would love to see Xherdan Shaqiri pull on the black and white stripes. The Bayern Munich man has the right blend of ability, versatility and creativity to really spark this team into life, and plays with a directness and pace the side currently lacks. Arturo Vidal has been constantly linked to a move away from Turin. What happens if the dynamic Chilean does indeed make a move, sometime? Do Juventus have a replacement?

If he moves, Juventus fans everywhere would be crushed, and rightly so. Even more than Andrea Pirlo or Antonio Conte, Arturo Vidal embodies everything positive about this Juventus. He is the leading goalscorer of the Antonio Conte era and only one player in the whole of Serie A made more tackles than him last season. Where can you find that end-to-end ability in today’s game? I honestly have no idea and even with Marchisio, Pirlo and the uber-talented Paul Pogba, the loss of Vidal would be impossible to overcome.

Allegri is someone who hasn’t favoured a two-man striker system as his approach. Can we see a change up top at Juventus as well? How would that fit in with the squad available?

Allegri has discussed this at length since arriving, clearly indicating the 3-5-2 formation which has served Juve so well domestically won’t be completely abandoned. However, he has also preached the value of an alternative, which has largely been 4-3-3 but which he said is “4-3-then we’ll see.” That willingness to change, to display some tactical variety has been missing since Conte’s first season, and was desperately needed in Europe last term. Again, there appears to be a need to add one more name in attack, but Morata, Kingsley Coman and Sebastian Giovinco – plus a fit-again Simone Pepe – all provide Allegri with options.

Juventus have won the title quite easily in the last few seasons, but with Conte leaving, it’s a great opportunity for the likes of Roma and Napoli to catch up. Do you see the gap closing?

Yes, I see the gap closing slightly, particularly given the promise to place much more emphasis on the Champions League. Last season Juve set a record pace and ended the campaign seventeen points clear of Roma, a gap which didn’t reflect the vast improvement the Giallorossi made under Rudi Garcia. That said, the capital club had no European commitments in 2013-14 and seem set to lose Medhi Benatia – the best defender on the continent right now – so perhaps Juve’s advantage will not be lessened as much as it appeared it might a month ago.

Despite their domestic dominance, Juventus haven’t been able to impose themselves in European football. What needs to be done to change that?

As stated previously, a willingness to concentrate on the Champions League will be a marked difference from the Antonio Conte era, the former coach rarely choosing to rest players ahead of midweek fixtures. That, allied to Allegri’s tactical flexibility and Llorente-Tevez having a year together under their belts should all combine to see a vast improvement when the elite competition starts up again.

We track the progress and performances of youngsters with our Talent Radar feature. What sort of progress do you see Alvaro Morata making over the course of the season? Will he get a fair share of opportunities?

Morata appears to be a special talent, one who perhaps rightly struggled for playing time behind the immense group of attacking players at Real Madrid. At Juve that should improve, and it must be noted that the negotiations over his move to Turin dragged on longer than usual as the Spanish club insisted on a buy-back clause, an indication of the esteem he is held in there.

Allegri has a proven history of giving young players space to play and to improve, working well to integrate a number of Milan youth products who are now central to the side there. That should continue with the Bianconeri and Morata should benefit from that, hopefully realizing the immense potential he displayed in limited minutes at the Bernabeu.

After the sort of domination in the league, is winning the Serie A become a bare minimum even with the change in managers? And is that European progression still realistically dreamed of by supporters this season?

I wouldn’t say bare minimum, but not winning the title would definitely be hugely disappointing after the quality shown by this team over the last three years. However, it may be that the tumultuous events of the summer disrupt the side and Roma’s improvements allow them to compete and perhaps even win the Scudetto, although I would say that is unlikely at this point. As for Europe, Allegri and his ideas may translate better than Conte’s to the Champions League, with an improvement upon last year’s disappointing Group Stage exit relatively easy to make. All in all, this year marks the first in some time that Juventus and her fans head into a campaign uncertain of what lies ahead. In bocca al lupo ragazzi!

You can read all our interviews and Q&A’s here. Check out all articles under our “The Old Lady” blog. 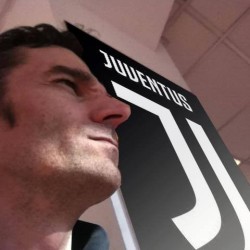 Tactical Analysis: Juventus 4-0 Torino | Home side too strong to play against

Ryan Tank writes a detailed tactical analysis about the Serie A match that ended Juventus 4-0 Torino. Torino suffered from tactical issues both in...