Although Juventus’ transfer business hasn’t been the most ideal from the supporter’s point of view, management have been smart with their business. John Cascarano however, has more reason than that to be optimistic. Here he writes his views on how the Old Lady can be ReJUVEnated.

Another transfer window has ended with aplomb across Europe, as teams restocked for their upcoming ventures. The usual suspects spent lavishly, while many clubs’ fans were left wondering what could have been. While fans of Juventus may be accustomed to this feeling, the collective exhale of dejection heard from Turin at the conclusion of August is a touch melodramatic, and downright myopic in some respects.

For one thing, management did immediately bring some useful or exciting players directly into the first team. Patrice Evra may be 33, but was still a regular for an impressive French team throughout the summer’s World Cup. The veteran defender provides a true left back option missing since the Calciopoli days. Meanwhile, Romulo (27) is basically a-like-for-like replacement for the outgoing Mauricio Isla, and may prove more consistent if without as much of the raw talent — talent which largely went uncultivated during the Chilean wingback’s two years in Turin.

On top of the veteran additions, several younger players with very high potential will all be counted on to contribute to the upcoming multi-front campaigns. Juventus are undoubtedly loaded with talent throughout the pitch — this much was without dispute for the past two years or so. Many detractors however have been quick to accuse the team of over reliance on an aging core. Although this sentiment is often over-exaggerated by opposing fans projecting Freudian desires to see a near term Juventus decline, it is not completely unfounded.

Take the reality that anchor of the defense, nay, the entire squad, Gianluigi Buffon, is now 36. Giorgio Chiellini and Andrea Barzagli meanwhile can still count themselves among the best Italian center backs, but are 30 and 33, respectively. Carlos Tevez has also joined the ’30 club,’ while Fernando Llorente lurks close behind at 29. Midfield director Andrea Pirlo is 35, and although only 21 and 27 respectively, each subsequent summer is bound to continue speculation of a departure of one or both of Paul Pogba and Arturo Vidal.

Management, however, has already begun to plan for all contingencies — especially those age-related. This is immediately evident with what was done with the first team squad this summer. Alvaro Morata may have had his start delayed due to injury, but is 21 and among the most exciting young strikers to come out of Spain in recent years. Just 18, Kingsley Coman got off to a flying start last weekend against Chievo Verona, as his passes and runs caused havoc on the typically rigid Flying Donkeys’ defense. While many fans including myself were lamenting the lack of quality signings for a winger/attacking midfielder area, the French teenager could mitigate this entirely on his own should his form continue. Additionally, Roberto Pereyra (23) was brought over from Udinese, perhaps to fill multiple attacking or central roles from midfield or wings (I’m not sure that anybody can agree on his actual position at this point). Some understandably balk at the total outlay of €16.5 million — 1.5 this summer, and an additional 15 next to make it permanent, on what is very likely a forced option as part of an FFP workaround. However, if former teammate Antonio Di Natale is correct and he truly is the next coming of another former teammate Alexis Sanchez, Pereyra’s signing could be a steal comparable to that of signing Vidal for €10.5 million three years ago.

Yet perhaps even more critical are the players who were not brought back to the first team this year.

Nicola Leali was purchased two summers ago to much accolade. Then dubbed the “New Buffon,” he has performed admirably on loan for Brescia in Serie B. Strangely, despite good performances, his stock has seemed to stagnate ever since. I’d argue, however, this did not result from a dip in form but rather coincided with the ascension of other young keepers similarly given the same monicker depending on the day of the week (i.e. Simone Scuffet, Mattia Perin, etc.). Quite simply, Leali has continued to improve in Serie B while other young keepers did in Serie A, drawing the spotlight away from him. Set to spend this season on loan with Cesena in what will be his first Serie A season, I would not be surprised to see a resurgence from the 21 year old keeper.

Daniele Rugani was signed after consistently impressive performances culminating with the Azzurrini’s run to the European U21 finals in 2013. A throwback of the stereotypical hard nosed Italian defender of yesteryears much like Chiellini, the young center back has also shown the poise and ability to play the ball as well. Widely considered the Italian defender with the most promise, Juventus toyed with the idea of bringing the youngster into the first team for the current campaign to battle for playing time. Instead, the 20 year old will remain on loan at Empoli for his first Serie A campaign where he’s set to be a regular.

A bit further up the pitch, Italy U21 regular Stefano Sturaro (21) was signed and kept on loan at Genoa for this term.  A box to box midfielder who has showed glimpses of flair ala Radja Nainggolan, he caught the eye of the Juventus scouting department after an impressive performance against them last season. The details of his transfer make him near certain to return to the Old Lady next season, where he’ll be expected to contribute to the engine room of another multi-front campaign.

Perhaps most exciting are the attacking options Juventus has at its disposal. Manolo Gabbiadini (22) was snapped up by Juventus two summers ago. He remains on co-ownership between Juventus and Sampdoria, and has showed to be a talented and versatile attacker with plenty more room to grow in two full seasons in Serie A.

Similarly, 23 year old Simone Zaza projects to be a powerful yet brilliant center forward. This past week he earned his first call-up to the Nazionale under some new coach who’s name I can’t remember, putting forth a Man Of The Match effort in a 2-0 win over the Netherlands. Although Juventus sold his remaining rights to Sassuolo last summer, they have the option to buy back for €15m next year. Should he perform well enough to warrant the Old Lady exercising this right, a reported net spending of €4m to develop him into a top-notch striker would have been money well spent.

Of course, no analysis of Juventus’ promising attacking talent can be complete without mention of Domenico Berardi, the closest thing to a predestinato Juventus has had in perhaps 20 years. In 26 appearances last season for Sassuolo, he tallied 16 goals and 6 assists — including an infamous poker against Milan which ironically cost his possible future coach his former job — all at age 19. Just this past week, the Azzurrini number 10 led the U21s in a comeback win 3-2 over Serbia, scoring the decisive goal.

Reports are that Juventus wanted Berardi back this summer but that the young attacker preferred to honor his commitment to remain one more year under the tutelage of mentor Eusebio DiFrancesco at Sassuolo, where he’s a guaranteed starter week-in and week-out. Some pessimists use his desire to perfect his craft as a sign Juventus risk missing out on him for the long term. It seems easy at first to draw a parallel to last year’s reigning cappocanoniere, Ciro Immobile, who forced his way to Borussia Dortmund despite being co-owned by Juventus. I am relatively confident however that a repeat of that will be avoided with Berardi. A native Neapolitan, Immobile always seemed less than excited about the idea of playing for his parent club, celebrating against Juventus and publicly stating his desire to play for Napoli. Indeed the feeling may have been mutual, as some reports indicate Juventus and then-coach were not convinced of him. Domenico Berardi was also named in Outside of the Boot’s Team of the Season in the Talent Radar Young Player Awards.

Berardi is three years younger than Immobile, more advanced than he was at that age, has a higher ceiling, and features a skill set much more valuable to this current squad as composed. It’s beyond reasonable for a player with such limitless potential to want to play as much as possible at this point. Juventus will meanwhile benefit from him developing more quickly than if he were fighting for minutes, especially at such a tender age. Furthermore, the deal which kept Berardi at Sassuolo also fixed Juventus’ rights to buy his remaining rights for €15 million. It seems a fait accompli that he will move onto Juventus next year.

Considering the favorable options to bring in a wave of young talent in at once, it would neither disappoint nor shock me if that was the primary course of action taken next season. Bringing in several (or all) of the aforementioned players would provide a low-cost and immediate rejuvenation of a squad in some need of it, at a very reasonable cost — even freeing up funds for a potential big splash signing, should such an “opportunity” present itself to Giuseppe Marotta. In an era in which Juve need to spend every dollar they have wisely while they await new revenues from pending sponsorships and capital projects, this management may have discovered a way to field a top level team by identifying the next big things. For now, the idea of an attacking trident consisting of some combination (or rotation) of Coman, Berardi, Zaza, and Morata, can give tifosi something to dream about. 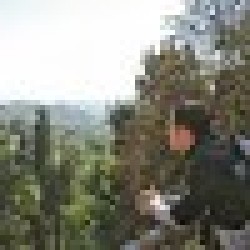 Latest posts by John Cascarano (see all)
In this article:Domenico Berardi, Juventus, serie a, Simone Zaza