Stefan Bienkowski is the expert for this Borussia Dortmund Q&A. Stefan is a Bundesliga expert whose work can be found at the New York Times & Bleacher Report. Follow him on Twitter @SBienkowski

Klopp has developed an emotional bond with Dortmund, as both the club and manager have gone from strength to strength. Last season was all about making the best of the available resources, will the fans be a bit more expectant this time?

No, I think on the whole Dortmund fans are a little more relaxed about certain expectations from Klopp and the team. We, as in neutral football fans, really want them to be an exciting challenger to Bayern in every sense, and they may well be that this season, but most fans at the games each week will remember exactly where they came from and how good things are looking at the moment. They’d like to see Dortmund push on from second place but I don’t think anyone is expecting Klopp to bring back another Bundesliga title this season.

Oh absolutely. I think for the first time since Klopp became manager, we finally see a backline that has good reserves in each position. You only have to look at players like Sokratis, Ginter and even Sven Bender(once Gundogan gets back) to see how much more strength they should have on the bench. The loss of Robert Lewandowski certainly is a big blow, while his primary replacement in Immobile is a different type of striker. Are you worried by this supposed change in attacking system?

I think there should always be a healthy amount of skepticism applied towards ANY player in Europe who hopes to replace what Lewandowski did at Dortmund, but I’m quietly confident that Immobile (and Ramos) can grab the goals for them this season. We won’t see either of them perform individual feats like we saw Lewandowski pull out the bag against Madrid, but that’s not their job this season. Reus and Mkhitaryan will be the ones asked to change games, Immobile will just need to make sure he can finish such plays off.

We track the progress and performances of youngsters with our Talent Radar feature. With that in mind, what role do you see for Jonas Hoffmann in the side? At 22, he surely is looking for more playing time?

Hofmann has done well in parts since making his way into the squad last season but up until very recently he looked quite raw. He had all the pace and skill to run down the line and cross but what we’re now seeing is a player who is hoping to add to his game and really develop into a more indirect wide-player, like Reus for example. I dare say he’ll be the first name Klopp will turn to whenever Reus or Aubameyang need substituted or can’t start a game, so we should certainly see more of him this season!

The gap between Bayern & Dortmund was extremely large last season, and there’s every possibility that it will further. What can the club & management do to reduce this ever increasing gulf?

Unfortunately there’s very little that Dortmund can actually do. Despite a great couple of years on and off the pitch, they, along with other clubs like Schalke, are still nowhere near the financial power of Bayern.

Yet, in saying that, Klopp and his backroom team have been incredibly resourceful in signing players on the sly (Immobile, Reus, Mkhitaryan) before bigger clubs can get to them and so they do well to keep within touching distance of Bayern despite the odds being firmly stacked against them.

For Michael Zorc, and other backroom members at Dortmund, they’ll just be happy that it’s Dortmund riding alongside Bayern at the crest of this Bundesliga wave. Germany is certainly big enough for more than one super club and in time that could come to be Dortmund.

Milos Jojic has created large opinion divides among the Dortmund fanbase, what’s your view on him?

I think Jojic’s transfer was somewhat rushed last season when Klopp finally realised the true extent of the injury crisis he had before him. As such, the kid hadn’t had much time to really settle in before being flung back into action in January. I’m confident we’ll see a brighter start from him this season with a full pre-season behind him.

Dortmund made a statement in appointing Hummels as captain and Reus co-vice captain, but their departure seems inevitable. What prevents the club from retaining it’s gems?

I’m not sure I’d agree that their departure seems inevitable. I’m quite confident that both will stay this season and I’m actually rather confident that Reus will stay put indefinitely if Dortmund can find the cash to pay him what he probably thinks he deserves.

The most important thing is making sure that contracts are arranged properly, which I think the club are doing a better job of now than they were a few seasons ago, meaning that star players are enticed by bigger wages or get out through ill-advised clauses. Besides that, it’s just down to Klopp to make sure they keep winning trophies. Last season they got knocked out of the Champions League by the best team in Europe, the season before saw them reach the final and even this summer saw their new captain win the World Cup. So as long as players know they can win titles at Dortmund then there isn’t really anything that means they should be moving on to greater things.

While Dortmund have lost out on a quality player like Lewandowski, they’ve gained a number of excellent players with potential, like Immobile, Ramos and Ginter. A good window overall then?

Yeh I think Klopp’s done fantastically well to really grab this window by the balls and get what he wanted from it. He’s held on to his key players (so far) and brought in exactly who he wanted. Besides maybe another central midfielder to cover for Mkhitaryan, I can’t think of any position that really needs anymore cover or improvement.

Oddly enough, I don’t think you would have to look far to find Bayern fans who look over at Dortmund and envy the efficient way they’ve gone about this window.

The Bundesliga model is widely adored, it’s player development is envious, and the German national team are certainly in it’s golden age; yet at club level, only Bayern Munich and Borussia Dortmund have shown consistency. Why is there such a big gap between the big two and the rest of the league in terms of European competition?

This may be a bit of a lame answer, but it really comes down to separate situations at every club. Schalke certainly have a squad, the infrastructure, and the finances to match Dortmund almost man for man, but they have a horrid history of bringing in poor coaches and currently have a manager in Jens Keller who has no experience pushing for titles or even challenging in Europe. With a proper coach they could quite easily be as big as Dortmund.

Other examples of this are with clubs like Wolfsburg, Leverkusen and even Hamburgh (who almost went down last season) who yo-yo up and down the league table based on their coach. None of these clubs are particularly bigger than Dortmund, but they lack the settled nature of having a coach like Klopp.

You can read all our interviews and Q&A’s here. Check out all articles under our “Echte Liebe” blog. 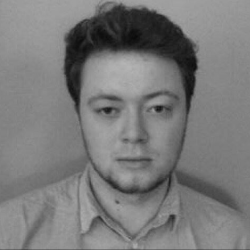 Stefan BienkowskiAugust 21, 2014
Previous Next
Close
Test Caption
Test Description goes like this
We use cookies to ensure that we give you the best experience on our website. If you continue to use this site we will assume that you are happy with it.Ok