Austria’s youngest player to play for the national team at the age of  17, multiple time Austrian footballer of the year and 11 major trophies to his name and still 22 years old, David Alaba is a truly remarkable talent. In the age where footballers are often asked to perfect multiple facets of their game, David Selini tells us why he believes Alaba is the most modern footballer we have seen so far.

In the modern game, versatility is an increasingly important quality. Players are asked to play in different positions, different roles and different systems. While times of the past have often called for this too, we are witness to the proper development of what some call ‘the universal player’, a player who has the ability to do most things required on a football pitch in a fashion that would be beneficial to both his team and himself.

In Pep Confidential, the inside story of Pep Guardiola’s first season at Bayern München, the former Barcelona manager outlined his preference on how he would have a squad built. The Spaniard, in an ideal scenario, would want no more than 20 players but would want each of those 20 players to have the ability to play in two or three positions. After joining the German champions, it isn’t hard to imagine Guardiola’s joy at finding multiple ‘universal’ players with the likes of Phillipp Lahm, Mario Gotze, Javi Martinez and more aptly, David Alaba. While the other three are well known for their adaptability, the 22-year old Austrian is unique. Alaba first established himself as a regular in the Bayern XI as a left-back during the 2011-12 season under Jupp Heynckes’ tenure as manager. His performances gained immense plaudits, especially in the Champions League semi-final face-off against Real Madrid in the Bernabeu. The then 19-year old displayed incredible calmness and composure, putting forth a Grade A performance as well as having the nerve to set up to take and eventually score Bayern’s first penalty that night. An unfortunate booking ruled him out of the finals against Chelsea at the Allianz Arena, where the Germans failed to clinch the title.

The following season saw Alaba make his way to the very top of his game. Steadily, his development continued and his hard work was rewarded with the chance to play against Dortmund in the Champions League final at Wembley. After a massively successful season for the Germans (winning the treble), Alaba was now talked of as one of the world’s best left-backs. While he earned laurels for his club for his consistency at left-back, Alaba starred for Austria in midfield. Used both in centre-midfield in a double pivot and as a number 10 for his country, Alaba showcased quality in both attacking and defensive aspects of the game. Evidence of this would be the fact that he ended up as Austria’s top goal-scorer in their 2014 World Cup qualifying campaign.

During Guardiola’s first season in charge at Bayern, Alaba primarily featured at left-back in the 4-3-3 system. The second half of that season saw Pep change the role and positioning of his full-backs. Alaba on the left and Rafinha or Lahm on the right would start wide in the build-up. As Bayern moved further up the pitch, they would drift inside to play alongside the pivote. This helped Guardiola keep a lot of players centrally, thus allowing him to push his two attaching midfielders higher up the pitch to be more of a threat. Defensively, it meant the inverted full-backs could help cut off and stop opposition counters early. This role suited Alaba perfectly, exploiting his comfort as a central player as well as a wide player.

Guardiola’s ideas on how to use the Austrian didn’t end there. This season has seen Alaba’s role at Bayern change dramatically. With the signing of Juan Bernat and the excellent form that he is in has given rise to the possibility for Alaba to play centrally on a regular basis for the club. Guardiola has predominantly used two systems this season: either a 3-4-3/3-3-4 system or his classic 4-3-3. Either way, Bernat was chosen to play left wing-back in the first system and as left full-back in the other.

When using the 3-3-4/3-4-3, Alaba plays in the left sided centre-back position, with Jerome Boateng in the middle and Mehdi Benatia on the right. While centre-back perhaps isn’t where most managers put their creative players, Guardiola isn’t like most other managers. In the back three, Alaba is licensed with somewhat of a free role. While obviously being very disciplined in the defensive parts of the game, it isn’t unusual to see Alaba roam when Bayern are in possession of the ball, mostly on the left half-spaces, looking for areas where he can have an impact on the game high up the pitch. A good example of this would be during the game against AS Roma when Alaba won a penalty after leaving his original centre-back position to make his way up the pitch on an attacking venture.

In the 4-3-3 system, he has mostly played in centre-midfield alongside Lahm with Xabi Alonso behind them as the pivote. This role brings out the best of Alaba as he is constantly involved in the game, one minute creating chances with through balls for Robert Lewandowski and the next, sprinting 40 metres to press the opposition right-back.

Quite frankly, Alaba has grown into this footballer that isn’t bad at anything. He has the ability to read the game very well, excellent in one-on-one situations and is a solid tackler. Alaba knows when to make the tackle and when to just press, a quality that is rare. He has excellent passing capabilities, an incredible shot on him and is great at set pieces. His energy and pace often sees him beat players seamlessly. In both attaching and defending domains of the game, his intelligence is often displayed if one closely watches his positional sense.

In terms of positions he is capable of playing in, the Austria can excel at left-back, left-wing back, centre-back, centre-midfield, winger on either flank and as a number 10. Given the chance of playing in a defensive midfield or left/right full back or wing back positions, I am sure he would do well. You could probably stick him up front too if you fancy that.

Having the ability to play in every position on the field, in any system and still give you stellar performances probably defines Alaba as the most modern footballer in the world. Next time, be it Bayern or Austria, enjoy watching the truly unique talent that is David Alaba- in whatever position he might play in. 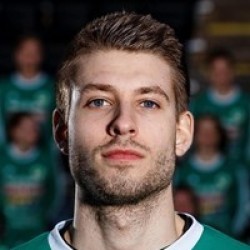